March was not a great month of fishing and running for me. Too busy with a merger at work. I finished with 20 miles for the month. Horrible mileage! As for bass fishing I managed a nice chunk on a Tex-Rigged pegged Missile D Bomb creature bait in black and blue color about 5 feet from the bank. 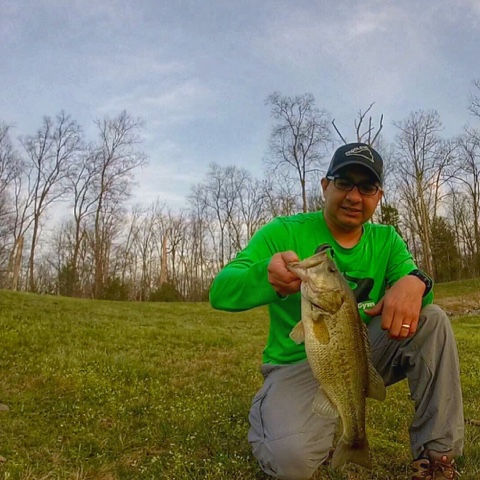 Water temperature was 60 degrees and stained water. Wind was blowing around 12 miles mph.
Posted by AndyIbarra2 (AnF) at 5:15 AM No comments:

Well hello. It's been a little more than a year since I jotted some words or shared some photos on this blog. 2015 was supposed to be a better year in terms of running. Unfortunately, I rushed my return to pounding the pavement after sustaining an injury on Christmas Eve 2014. I didn't do much running only managing 300 plus miles. Since I couldn't run, I did a lot of fishing. Which it kind of balanced out. Anything to get outdoors. 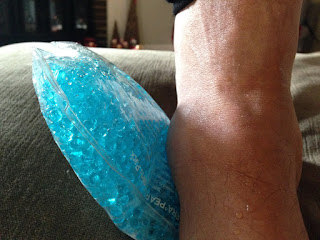 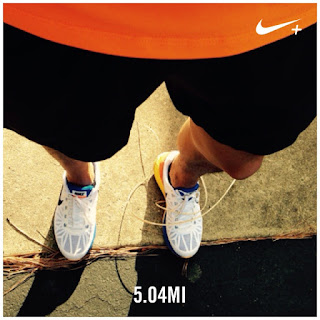 Back to full strength in late fall 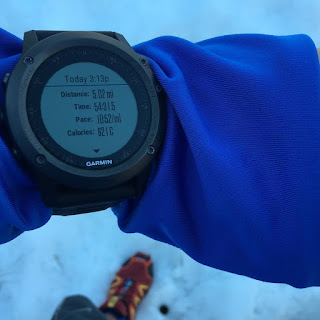 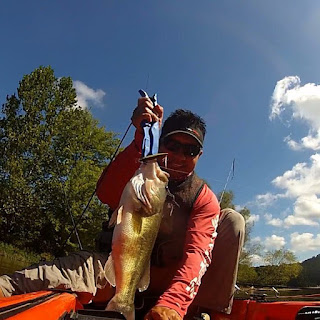 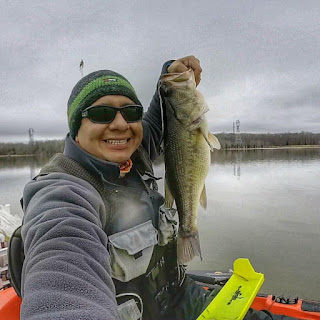 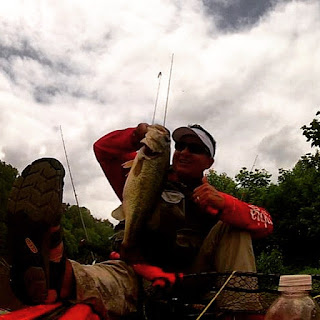 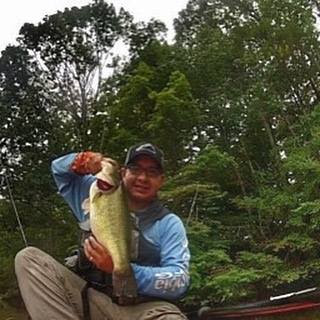 My biggest toothy fish caught at Sandy at Sandy River Reservoir during YakAttack 2015. 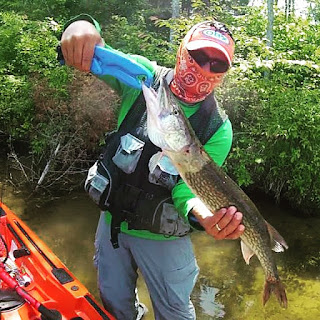 I've decided to change my blog from kayak fishing to fishing and running adventures. This fits perfect for the way 2014 turned out and how I see 2015 shaping up to be. Mind you, I had no goals set up for fishing in 2014. However, this year will be different.

Began fishing Fountainhead. I would like to fish the waters of the Occoquan Reservoir more often.

Added a retractable anchor system to the yak. 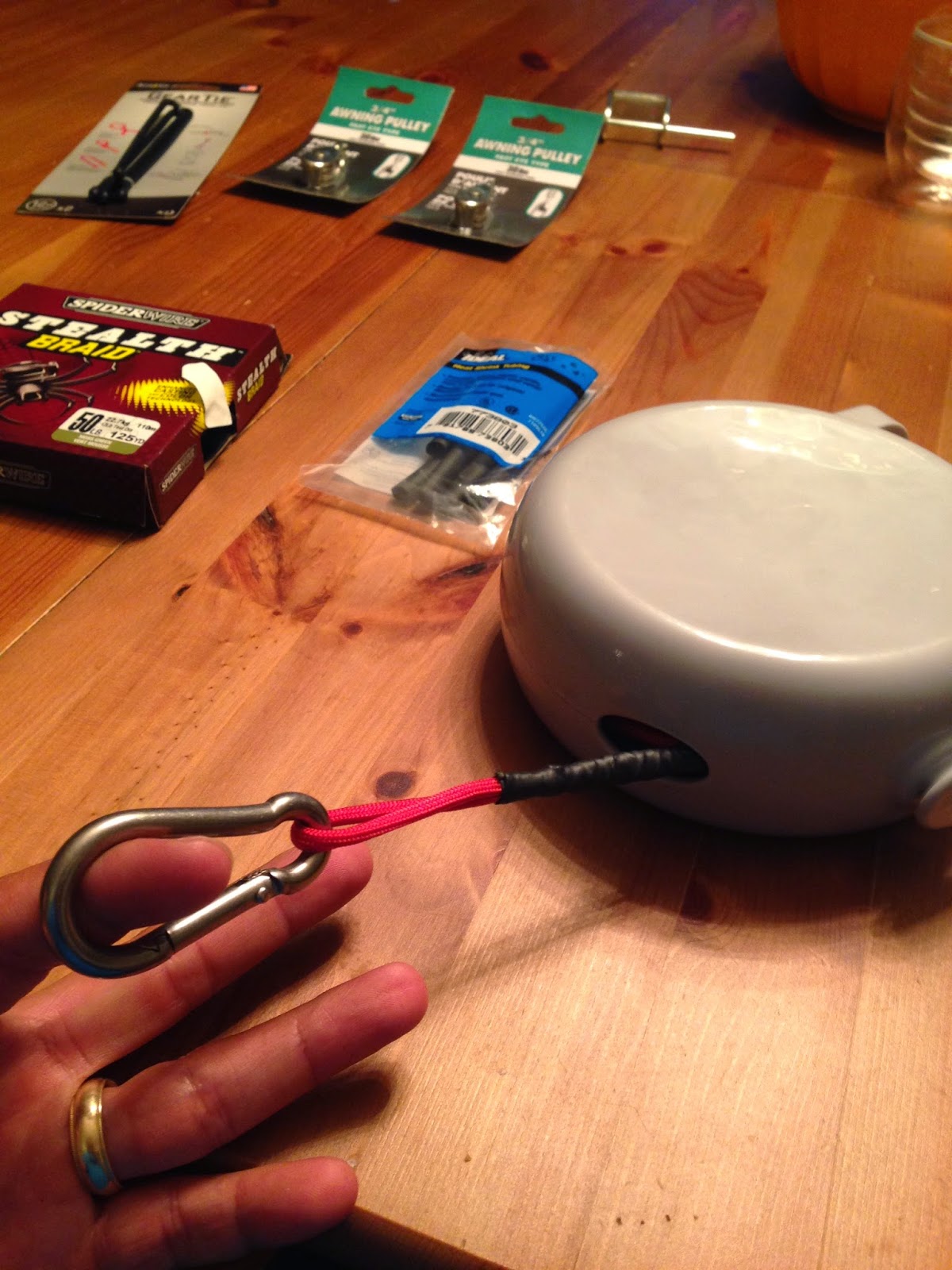 Added a sweet combo to the arsenal.

On to running. Added mileage and shed some weight.

Added new kicks. I started off with LunarGlide 4, great shoe, no problems running in them, so I decided to stick with the Nike LunarGlide as my road shoes.

Added a much need trail shoe.

There were lots of ups and down throughout 2014.  I ended the year with an injury. Grrr! I have rehabbing my ankle since the end of December. However, I did get out and test the ankle on January 1st. No confidence on my ankle. So I begin my 2015 journey with 3 miles. Stay tuned. 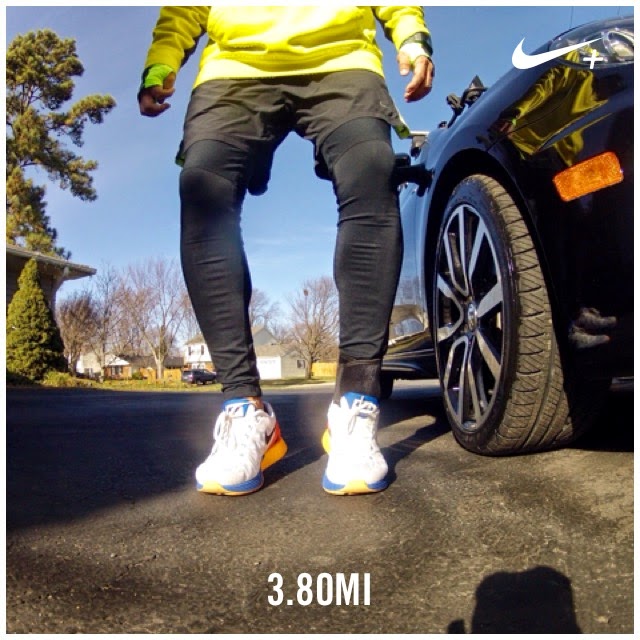 Summer 2014 Fishing with a Sick Stick

So it's been two months since I last posted. In the month of June, I don't believe I took the yak out once, since I was mainly focused on my running challenge of 150 miles for the month. Which I am very happy that I accomplished. Anyhow, I definitly made up for it in July into the first weekend in August. 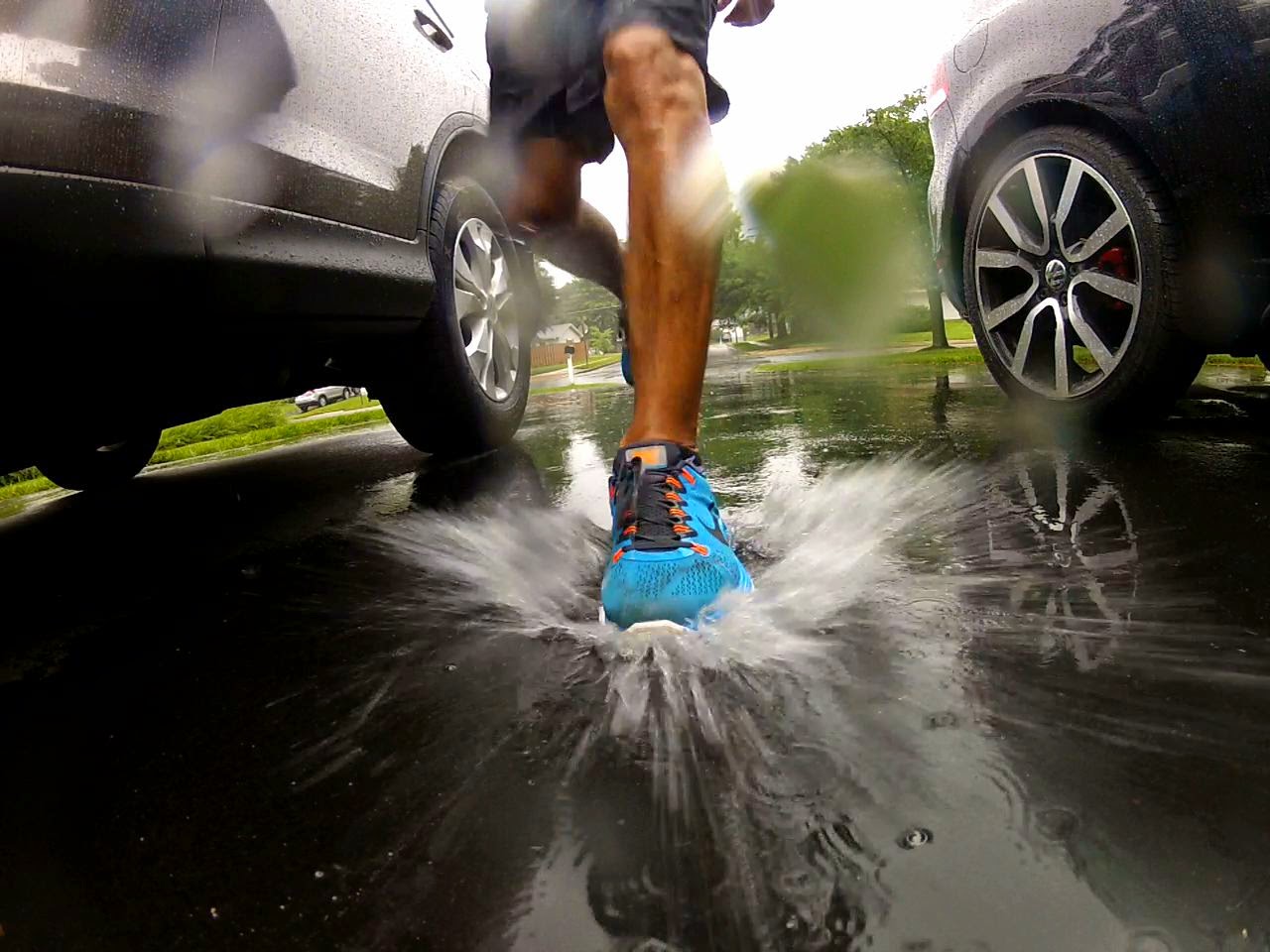 In July I mainly hit Leesylvania State Park, but I also pounded the creeks at Pohick Bay, Mason Neck, and a little Occoquan Reservoir action. Not to mention Lake Mercer to finish off July. I managed to land fish 15"+ in each of those locations using PowerTeam Lures Sick Stick Texas rigged. Not too bad for this part of the state. My largest bass of the year is an 18", still looking for the 20"+.

Anyhow, here is a short 2 minute video of the fish I caught from July through the first weekend in August.

The morning was perfect, I just couldn't find them. Well, other than the snakehead that came off a stump on a 1/4 oz swim jig. It simply demolished the jig! All that was left was a bent hook with no paint left on the jig head. 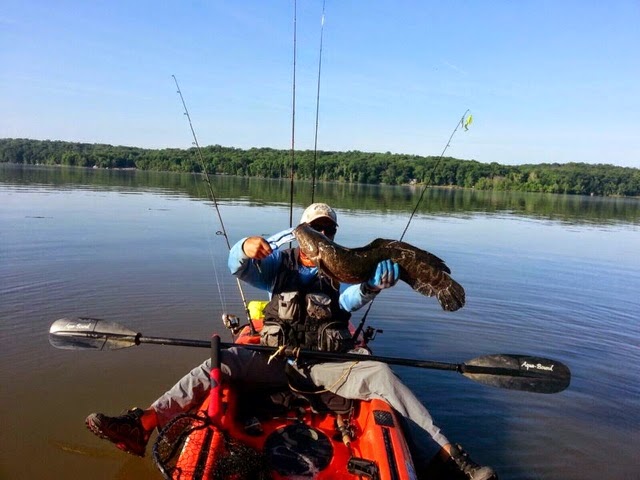 Strategically, I felt it would be best to attack the cove across the launch, since the majority of the anglers headed to the creek. The plan was to circle back to the creek as the tide headed out.
I ended the day with 27 1/4 total length. I caught both bass back in the creek, which I found to be clear, just like Leesylvania after heavy rain. Both fish were caught on a Carolina rigged stick worm. 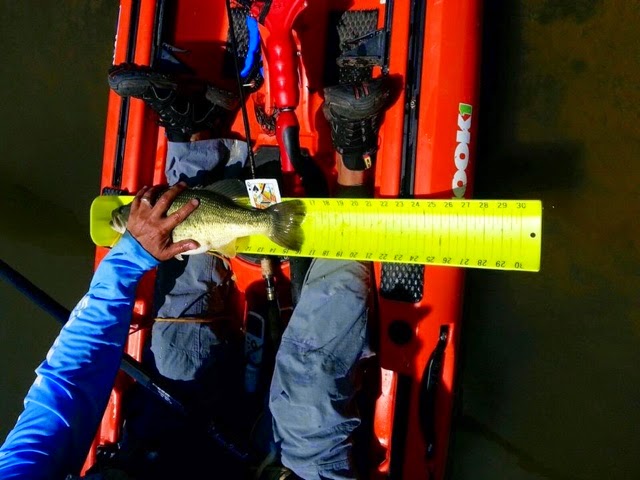 It was my first tournament in 2 years, it felt good to compete again. There were 23 anglers, 13 of which had submissions. The next one is June 21st at Point of Rocks. Visit http://www.thehobielife.blogspot.com/p/mid-atlantic-kayak-bass-fishing-series.html to learn more about the Mid-Atlantic Kayak Bass Fishing Series.

With all the rain we've had this early spring, it's been quite a challenge for me. My goal this year is to get my confidence up using the jig and craw rig. It seems to be working the best as I found out yesterday while fishing Pohick Bay.

We had a group of Northern Virginia anglers meet up yesterday for some fishing. Out of about 5 anglers, managed to catch more than two. Numbers were not that great for the rest. He managed to catch them on jig and pig rig. While the others that did catch bass, all landed them on a worm. One angler had a wacky rig, another had 10" ribbon worm on a weighted hook, and I had a Carolina rig tied to the end of mine.


While it's been tough, I always enjoy being out on the water. Here are some other shots from my previous outing. Until next time. Tight lines.

AndyIbarra2 (AnF)
My love for fishing began as a kid thanks to my father and grandfather. In the spring of 2010, I began kayak fishing and became addicted. Through this blog you will see my love for fishing, how I use my current Wilderness Systems Ride 135 2012 kayak to fish and explore Northern Virginia's fisheries. Hopefully I can inspire others to try out kayak fishing or simply get outdoors and explore.